The elephant in the room stirs again

Security in Mexico worries expats but
we don't even want to talk about it.

On March 13 a woman friend was kidnapped in broad daylight in downtown San Miguel. She's still missing. The event was confirmed by the U.S. Consular Agent here, who passed on the news to the U.S. Embassy in Mexico City.

But for several days afterward local law enforcement officials maintained they didn't know about any kidnapping or have any "credible information." Call later, we're out to lunch.

Stew and I heard of the kidnapping of our friend on Monday.

In fact someone on the Civil List, an expat internet bulletin board, had reported the kidnapping early on. Dozens of postings with theories, conjectures and opinions flooded the site and eventually the moderator cut off the conversation thread. Shut up already. 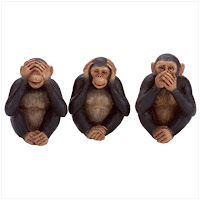 Crime and personal safety in Mexico are the topic of endless questioning by people back in the U.S. and a puzzle to us living here too. We just don't know.

Lack of reliable information is at the heart of the problem. Most Mexicans I have spoken with have little use for the police, which they consider corrupt and useless. So most crimes are not reported and there's a dearth of basic forensic information, such as DUI arrests, assaults and even home invasions.

A year or so ago, an American couple who lives about ten miles from us, was robbed and pistol-whipped. The husband suffered serious injuries to one eye. The couple duly filed complaints and other requisite paperwork with the police and the Ministerio Público, the local version of the State Attorney's Office. I don't recall that a word of this incident appeared in the local newspaper.

And although the identity of the assailants was known by everyone in this small community, the police did nothing to nab them. The culprits, who are also suspect of a burglary of another American's home nearby, remain at large. Forget about it and move on.

Police generally don't respond to requests for information—assuming they have any—on grounds that any disclosures might upset delicate investigative machinations in progress. Don't ask because they won't tell.

A more informal code of silence, most often called denial, operates among expats too.

Several years ago, a woman who has since left left town—but who long reigned as an oracle on all things San Miguel—vehemently insisted to me the death of an elderly man had been caused by a stroke rather than foul play, even though the poor guy had been stabbed several times and his place ransacked. Hell of a stroke that was.

Worse still, some expats try to reassure themselves by inventing alternative motives and scenarios. In the case of our friend, someone told me he had met her and "she looked like a bitch," a remark both cruel and offensive. Blame the victim.

"So she deserved to be kidnapped?" I asked.

In all fairness, the local police does respond to traffic accidents with two or three patrol cars, flashing lights and uniformed personnel who fill out all the forms, summon an ambulance or a tow truck and usually tie up traffic for hours. On some holidays the Mexican army also will deploy trucks with helmeted, masked soldiers caressing heavy weaponry, as if a Sandinista invasion were imminent.

I doubt the local police is actively working on solving the kidnapping of our frie nor do I expect the kidnappers will eventually be arrested and punished. Far more likely my friend's family will work out some ransom deal and she will be released unharmed. We fervently hope so.

But wait. Someone just told me the kidnapping was a case of mistaken identity, and that the real target was a very wealthy woman who has since left for the U.S. What happens now?

Meanwhile, last night four taxi drivers were murdered and two more wounded on the outskirts of San Miguel, in a bizarre execution-style shootout. Will we know who's responsible? Not holding my breath. 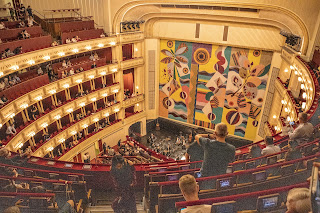